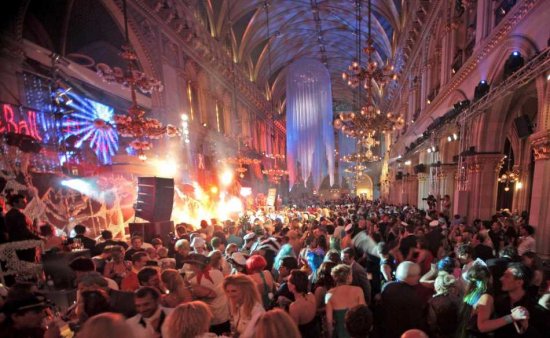 Vienna has a long history intertwined with music, as a matter of fact many famous musicians were born or worked here for some time. Among the most important there are Struass, Schubert, Mozart, and Beethoven.

Vienna does not deal only with music, but also with psycho-analysis, since it is the place where Sigmund Freud, the man who created this branch of neurology, studied, and lived. Because of this fact, the capital of Austria is also called “The City of Dreams”.

Besides, the city also has magnificent buildings, since it has been, for a long time, the abode of the heads of the previously Austian, and later on, the Austro-Hungarian Empire. The most evident manifestation of this power is the Schönbrunn Palace, the summer residence of the Hasburgs monarchs.
St. Stephen’s Chatedral is the other building that, through its Romanesque and Gothic style, draws  the attention of tourists, and that cannot be missed. However, the emblem of the city is the Wiener Riesenrad, the giant wheel at the entrance of the Prater park. Have a ride on it is worth doing, especially at sunset, when the landscape offers an outstanding view.
Vienna shows its peculiarity also through the street vendors who sell sausages all day long, and even at night. In addition, on a higer refined level of cooking, the city has a long tradition in producing cakes, and desserts, of which Sachertorte is just the most patent example.
The city offers also the possibility to visit important museums, such as the Sigmund Freud Museum, and Castle Belvedere, which contains Klimt’s world famous painting The Kiss.
On 19 May, Vienna will host for the 20th time a very important European charity event, where guests from all over the world will attend. From the ex US President Bill Clinton to the Hollywood-stars  Milla Jovovich and Antonio Banderas.