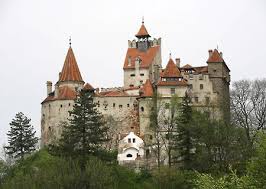 The name of the Romanian country suggests an idea that makes the place different from its neighbours. In fact, the connection is with the Roman Empire, that’s why the language is very close to the one spoken in Italy.

Romania is about the same size of another European country, Great Britain, and the population is about 23 million, of whom 90% are Romanians.

The scenery is varied: mountainous areas with summer and winter resorts, a very marvellous stretch of the Danube river, not to mention castles, palaces and monasteries with impressive frescoes.

There are also historic towns from the 13th century, Black Sea beach resorts and the astonishing bird-life of the vast Danube delta.
Moreover, there are no more than 160 spas offering cures for nearly every illness known to man.

If this is not enough, Romania is also the most famous place related to Dracula, the creation of the Irish writer Bram Stocker. Even if the story is just fiction, the character is based on a Romanian prince who is named Vlad Dracula, the son of Dracul, and he is also known as Tepes the Impaler, because of his cruelty towards his enemies.

According to the facts, during a lunch or dinner, while he was eating, he enjoyed a very personal and private show made by his prisoners: they had their arms and legs cut off and Dracula asked for their blood. He wanted to use it as sauce in which dipping his bread. That’s where the connection with the blood comes from in the book.

So, when visit Romania, do not miss the chance to visit the Bran Castle, which was built in 1377 and it is identified as the Dracula’s castle, even we don’t really know when reality ends and starts what is called fiction or imagination. But actually, we like not be sure about facts like that.